My cousins job was offering very low priced baseball tickets. She purchased one for me and Damian and one for herself of course. It was the first  Astros game he had ever attended. He hollered at the batters and the pitchers, he awed several times when the ball spun and spun in the air, he did the wave and clapped to all the jingles, he ate nachos with lots of jalapenos and washed them down with a coca-cola, then his aunt bought him some cotton candy, a few minutes after he was like an unstoppable rubber ball bouncing from wall to wall.. He enjoyed himself, therefore, I accomplished my secret mission, to make his first game unforgettable. The cherry with sprinkles and chopped pecans, whip cream and all that greatness was the fireworks. He was scared at first. He's had several bad encounters with them as a toddler. He got extremely close to me, shoulder to shoulder, and plugged both of his ears with his tiny fingers. After the first three fireworks went off into the air, he took the convenient self made plugs out his ears and he smiled insane. "I'm not scared of the fireworks anymore Mom. I really really like them." Then he cheered the entire time of the display. This Friday the 13th ended spectacular. Superstitions are for lames. 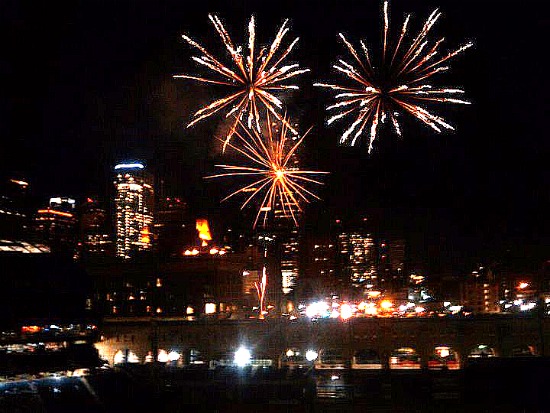 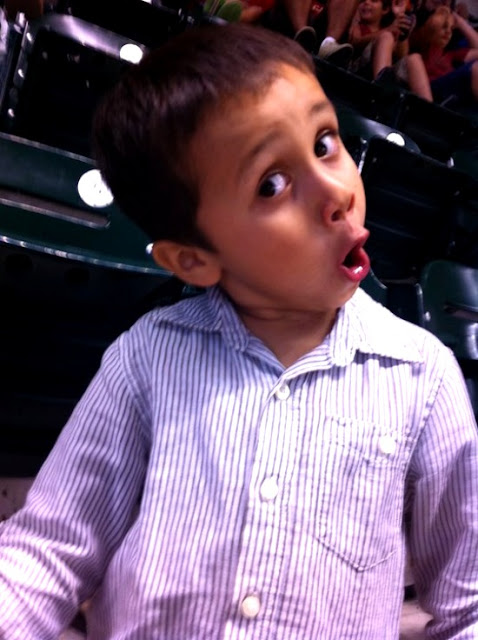