Frankly, we met out of pure luck or maybe it was just meant to be. There's hundred of crossfit gyms in the Houston area, yet, we belonged to the same one.  I'm also very grateful for BBQ sauce & Kraft! My husband used to work for Kraft and at the time they would give him a lot of food samples that he could give out to his friends and family. And yes, Kraft produces other items besides cheese. Mind blown I know! He posted a picture of several BBQ sauces on his Instagram, I exclaimed I needed that hamburger BBQ sauce in my life and a few minutes later he messaged me privately. He asked me what time and/or day I was going to be at the gym so he could give me a few samples. We exchanged numbers, and our conversation kept going and going.

On our first date, after our crossfit workout, we went to go grab brunch (who the heck grabs brunch on their first date?) That Saturday morning, we sat across from one another, not really knowing what would come out of it; we shared an omelet and the rest, well. . . it’s our history. We also had two more first dates that same day. We met up for a drink with two other friends and then we went to the movies. It's quite funny because neither one of us was nervous. We were very comfortable with one another. He later confessed that to me. Those were the best three first dates I've ever had.

Here is what I've learned from my 2nd year of marriage and my dear husband:

1. He is so patient with me. I can have a really bad day and he just takes it, no questions asked. When I'm back to my normal self, I always apologize and explain to him why I was being so crappy. He says he can always tell when I'm having a bad day by the way I answer him, guess my tone gives it away.

2. When it comes to parenting and discipline, I'm a lot more strict and he's a lot more lenient. It's tough trying to discipline children that you didn't give birth to, they sometimes don't take your words as easy as your own child. But I treat them all the same. There's no favoritism in our home. You never know when you can hurt a child's feelings by simply asking them to pick up after themselves. It's really tough being a step-mother. But I try really hard. And he does too.

3. He's still really good at playing outside with the kids. They never give him a break. He could be exhausted from driving 3 1/2 hours, sometimes more per day, but he never complaints. He just does it. I admire him so much for that. He's so good at it.

4. We can't agree on making coffee. I'm so particular about it. I measure it down to the t and he just eye balls it. Sigh. He'll drink my coffee but I won't drink his. We can't work around this, it is what it is.

5. I'm still a lot more clean than he is. So one thing that I've learned from this last year of marriage is. . . to ask for help! There might be certain things that you do or he does, for example: he's in charge of taking out the trash and I'm in charge of moping the house. But sometimes I need more help. Before, I would just get angry about it but how would he know how I'm feeling or why I'm feeling this way, if I don't tell him. Like he says, he's not a mind-reader. So, just let them know you need a little help in the cleaning department and trust me, they'll help!

6. I keep waiting for this, "wait until the honeymoon phase is over" but it's been over and I still love him so much. I don't get it.

7. One way that I remind myself of the love I have for him, especially on my bad days, is by listening to songs that remind me of him. I created a playlist on Spotify. So when I'm angry for no reason or for reasons that don't matter, I go for a run and I listen to my "him" playlist.

8. He's still a better driver than I am.

9. We still make time for each other, away from the kids. We have a cheese and wine tasting this week that I'm very excited about. I love going on dates with my husband.

10. He still grabs my butt, randomly. It may sound silly but he still treats me the same way he treated me six years ago. He still looks at me the same way as well. It's like his love for me doesn't change with age. It's kinda sweet y'all.

11. I'm still the luckiest woman alive. He has taught me so much over the years, we both have grown in so many ways. I love the way he lights up any room with his laugh and his smile. 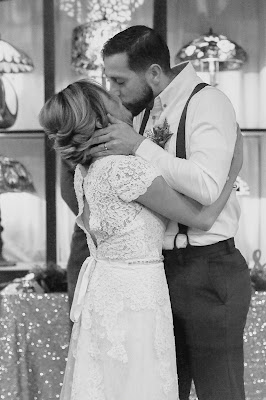 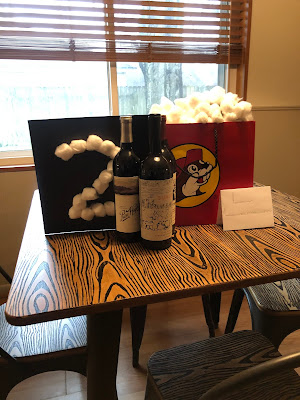 Email ThisBlogThis!Share to TwitterShare to FacebookShare to Pinterest
Labels: A Piece of Me, Him, Marriage Anniversary

I've managed to find a place of my own, where I can visually see the world I've created in my head. Years of accumulated quotes, music videos, pictures, & a piece of me in writing.
Writing in a sense that doesn't make sense, but figuratively makes sense to me. Writing. . . that not only eases my mind but also harvests feelings of infinite freedom.
Freedom to write about my wonderous thoughts and my optimism of this place we call home.
Welcome to My Wonderwall.