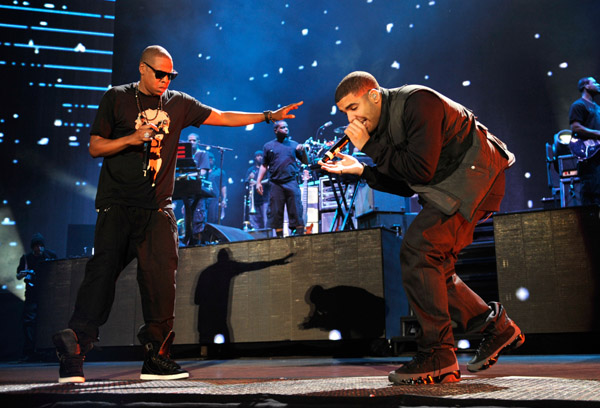 “Word on road, it's the clique about to blow, you ain't gotta run and tell nobody they already know. . .”  Can I quote it any better?? Speculations continue to swirl around the Toronto’s jedi on leaving “The Crew” Young money for good. On my way to work it was once again discussed on our “wannabe” hip-hop station. And last night my younger brother and I got into a feisty debate over Drizzy becoming the newest member of Rocnation. All in all our discussion was abruptly ended with my brother yelling out “Illuminati” and receptively repeating it over and over till he was out of breath.  He’s seventeen and if all else fails he blames it on the Illuminati! Don’t flip the switch on me just like that Drake. I’m a minimal fan of Jay-Z but I wouldn’t want him to be part of that “devil worshiper” conspiracy. Its just noise I know but on the contra-ire I am not a fan of Wayne. I honestly believe this moment is Drakes’ time to shine. And even though Wheezy signed him on a few years back. . . . “Then Wayne calls on my phone, conversation wasn't that long, gets me a flight to Houston in the morning, O’ it's my time, yeah, it's on, he's thinking of signing me, I come home, we make a mixtape with seventeen songs. And almost get a Grammy off of that thing, they love your son -- man, that boy gone.” And Drizzy will eventually do exactly that. If anything in my opinion he’s just there because his gratitude towards Wayne is out of this world. So keeping that loyal persona is pretty demanding. But Wayne got his credit already. What you mad for? LET GO. Drizzy gon’ shine regardless, that being YM or RN or OVOXO! Peace.
- December 02, 2011